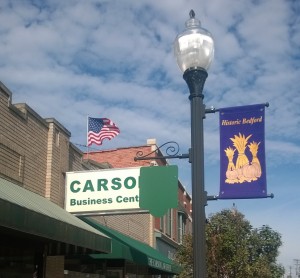 If a homeowner intends to stay in his home one traditional option is Reinstatement.  This option requires paying the entire arrearage in one lump sum in an amount needed to cure the default.

When a homeowner pays the entire arrearage he pays all past due principal, all past due interest, all late charges, and all foreclosure fees including the Bank’s attorney fees, court costs, and other out of pocket expenses including reimbursing the Bank for any payment for real property taxes, title work, and forced placed hazard insurance.

Among attorneys this option is known as ‘Unconditional Surrender.”

DEFEND!       Every homeowner is offered the privilege of defending their home in our judicial system, and each homeowner should consider doing so.  The second reason a homeowner should DEFEND! is simple- it is economically prudent.

There are few homeowners who acquire a sum of money large enough to satisfy their Bank.  For most homeowners, Reinstatement is a dream which could turn into a nightmare even after Reinstatement because a Homeowner may again not be able to pay monthly.

In a Reinstatement, the amount claimed to be the entire arrearage is always negotiated, and to achieve a just, equitable and fair sum an experienced attorney is better than a homeowner who lacks knowledge and savvy.  An experienced attorney will get the foreclosure complaint dismissed, his client out of the litigation, and the loan back to normal servicing.

I recommend each home owner consider opposing his Bank’s attempt to foreclose by using an attorney to file an answer and where appropriate a counterclaim.